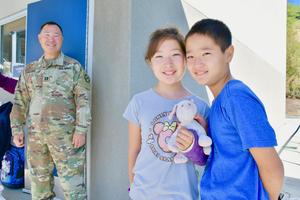 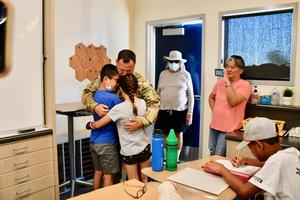 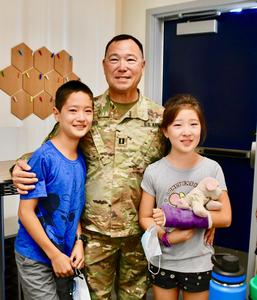 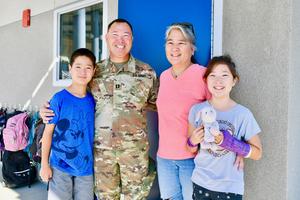 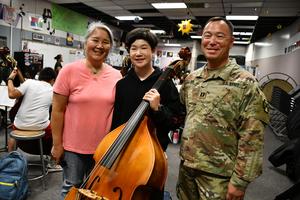 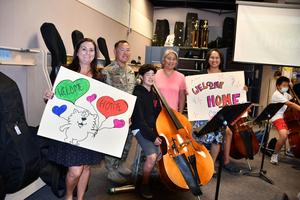 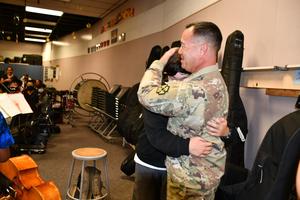 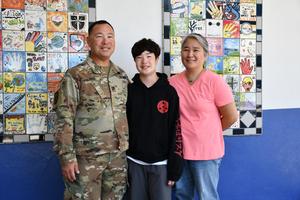 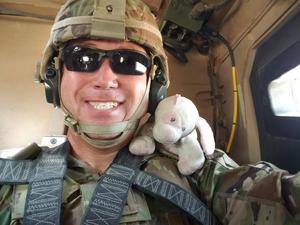 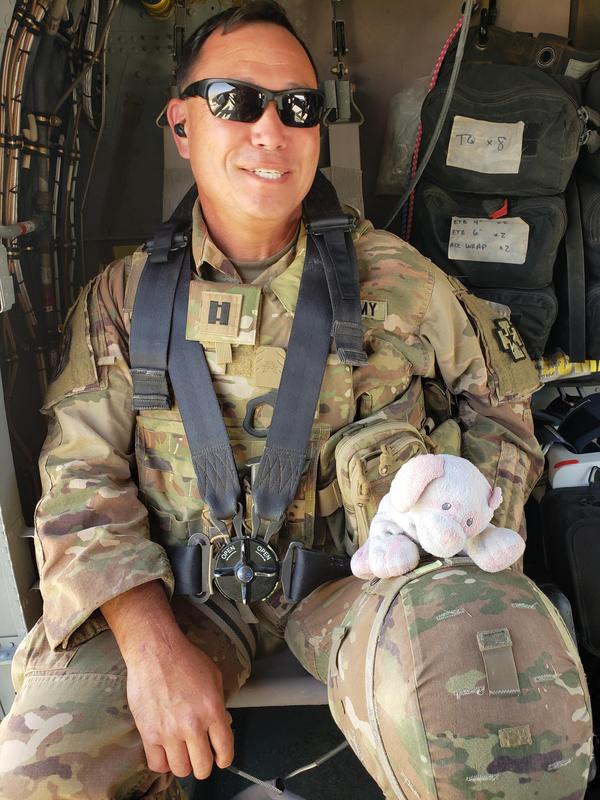 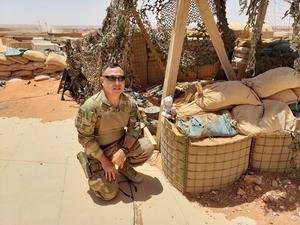 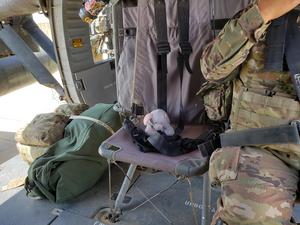 WALNUT, CA—Ten-year-old twins Raiden and Kailani Reed were just about to begin a math test on multiplying and dividing fractions at Collegewood Elementary when they got the surprise of a lifetime on Monday.

After a six-month deployment, their dad, U.S. Army Captain Rodney Reed, returned with a grand gesture in their fifth-grade classroom.

The school’s secretary delivered a brown paper bag to the children sitting side by side in the front row.

The minute they saw its contents - a raggedy pink and white stuffed dog - the tears began to flow.

Puppy Dog, as they call it, had been on the mission in Jordan and Syria with their father.

The children immediately knew it was the signal that he was home.

“Dad!” Kailani shouted clutching the stuffed toy as he walked through the classroom door.

Raiden sprinted into his father’s arms.

Captain Reed had carried that little stuffed toy, a gift from his children, in his IOTV bullet-proof vest throughout the tour.

“That’s why he’s all dirty,” he reported to his daughter.

The adventurous dog had ridden in a Black Hawk helicopter and in MRAP armored convoys.

It had even lost an ear during the deployment.

“Puppy Dog was in the stuff when the bombs and rockets were going off,” he shared.

“But we all survived!”

An hour later, the parents pulled off another surprise in son Hunter’s orchestra class at Suzanne Middle School.

Hunter was in the back row with the other bass players and didn’t notice his dad and mom, Wendi, enter through the back door.

The tears came seconds later when they were introduced at the front of the classroom.

The 35 young musicians erupted in applause at the emotional family reunion.

“The best thing is that he’s home and I can enjoy my time with him,” Hunter said.

“I had always wanted him to do this, but I just didn’t know when!”

“That wouldn’t have been a surprise then!” the mother quickly chimed in.

“I’m so happy he’s home - I didn’t think we’d be seeing him for another week,” said Raiden who was now grinning from ear to ear.

“It feels good to be home,” Captain Reed shared after completing the second surprise mission.

The nine-year Army reservist was deployed on a medical team as a Behavioral Health Officer social worker and psychologist.

He had wanted to surprise his children after a tour four years ago but was “stuck in country in Iran with shooting rockets.”

“I was delayed coming home until the day after they got released from school,” he said.

Suzanne Middle School seventh grader Hunter Reed surprised during orchestra class on Sept. 26 by his father, U.S. Army Captain Rodney Reed, who had been deployed for the past six months.

Puppy Dog on Duty! U.S. Army Captain Rodney Reed carried a pink and white stuffed dog present from his children throughout his tour in Jordan and Syria.