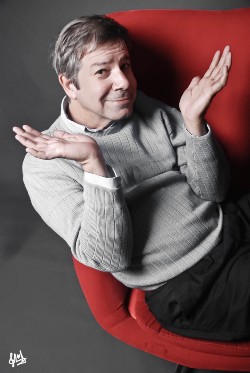 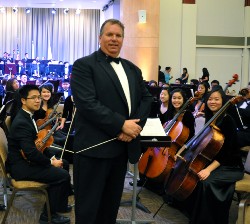 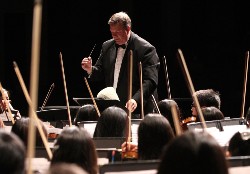 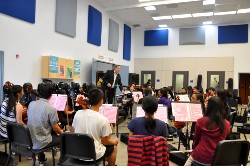 Contact:
Kelli Gile, Office of Community Resources
kgile@wvusd.k12.ca.us
(909)595-1261 ext. 31204
Acciani, Clements Named Grammy Music Educator Semifinalists
WALNUT, CA--Two Walnut Valley teachers have been named semifinalists for the 2015 Grammy Music Educator Award.
Instrumental Music Directors Steve Acciani from Diamond Bar High School and Dr. Buddy Clements from Walnut High School are among 25 semifinalists announced today by The Recording Company and The Grammy Foundation.
For the second year, the Music Educator Award will recognize an outstanding music teacher who has made a significant and lasting contribution to the field of music education and who demonstrates a commitment to the broader cause of maintaining music education in the schools.
“This honor has me very humbled, but also extremely proud of what our community is accomplishing through the amazing collaborative efforts and vision of our school staff, local professional musicians, business partners, parents, and the best students ever,” Acciani stated.
“To have two schools in the same school district receive this distinction is amazing!” Clements said after hearing the news.
Both music teachers were selected as quarterfinalists in June.
"It would be the ultimate honor for me to represent music educators all over our nation, especially those who have devoted decades of their lives to teach their students not only about the joy of music but also how music can touch souls, heal broken spirits, mend shattered lives, build bridges across social canyons of injustice and prejudice... and because of this our love of music can be a worthy, life-long quest for excellence, compassion, creativity and expression," said Clements.
This year, 7,000 nominations were submitted from all 50 states. The 25 semifinalists come from 25 cities across 17 states.
All semifinalists will have the chance to earn $6,000 for their music department through the Ford Drive 4 UR School program.
Ten finalists will be announced in December and will be recognized for their remarkable impact on students.
The winner will be announced during Grammy week in February 2015 and will be flown to Los Angeles to accept the award and a $10,000 honorarium.
For every performer who makes it to the Grammy stage, there was a special teacher who played a critical role in getting them there. It’s time to say thank you to all the teachers who put in the extra hours to instill the love of music in their students. And that’s just what the people who bring the Grammy Awards plan to do with this award!
Congratulations and thank you, Mr. Acciani and Dr. Clements!
Shown:
Walnut High School’s semifinalist is instrumental music director Dr. Buddy Clements.
Diamond Bar High’s semifinalist is instrumental music director Steve Acciani. DBHS received the 2014 National Grammy Signature School Award.