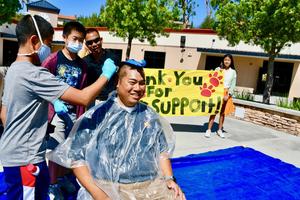 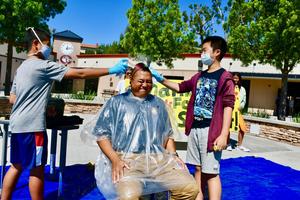 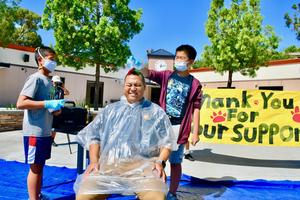 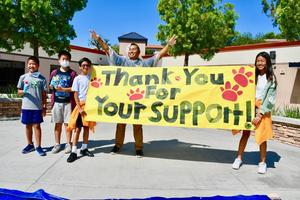 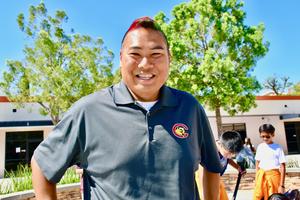 “I’ve never been this nervous!” Jung admitted moments before the buzz cut and color during the lunchtime spectacle on Monday.

School counselor and “barber” on duty Hon Tran was assisted by seventh grader Matthew Ng and eighth grader Caleb Fu who won the chance to shear and color their principal’s hair in a school-wide raffle drawing.

“I’ve never had a mohawk before – but it’s for the kids!” Jung said while taking his seat on the amphitheater stage.

“This isn’t something you ever get to do!” Fu shared.