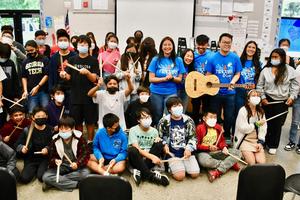 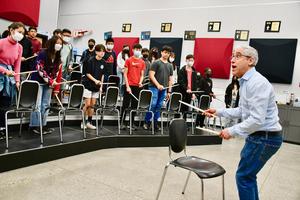 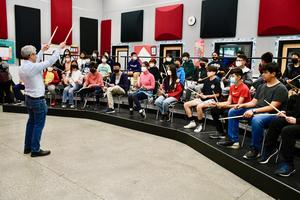 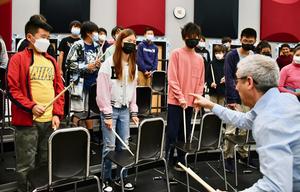 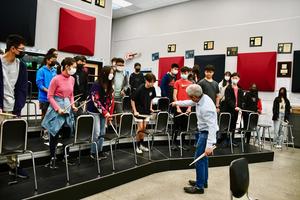 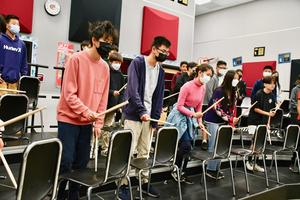 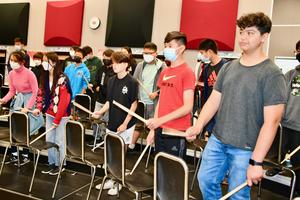 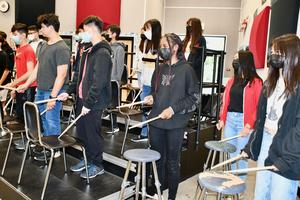 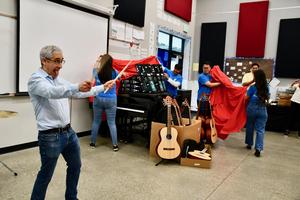 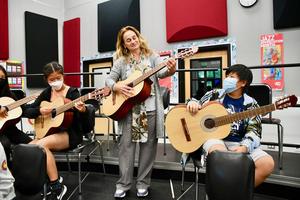 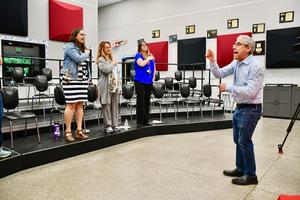 DIAMOND BAR, CA—When Chaparral Middle School music students arrived in class on Friday they were greeted by a gregarious visitor and given a pair of drumsticks as they took their seats.

It was quickly evident the sixth period band practice would be taking a new direction.

Without missing a beat, Dave Wish, the Founder and CEO of the national non-profit Little Kids Rock, began improvising a drum lesson complete with repeated patterns and foot stomping.

Then the music maker signaled the 40 assembled students to begin a rock star drum roll as an impressive cache of instruments was unveiled.

The instruments will support the school’s new Modern Band program and teach students to play the music they listen to at home, Rock, Pop, Hip Hop, and R&B, in the music classroom.

“This is a great opportunity to make our music program even more diverse,” said teacher Leslie Schroerlucke who applied for the donation.

“We’re so thankful to Little Rock Kids and Niagara Bottling for providing this wonderful program and we’re looking forward to it!”

Several volunteers from Niagara Cares, the philanthropic arm of family-owned and operated business located in Diamond Bar, were on hand for the presentation.

“We’re super excited to be here and support you on your musical journey,” shared Program Manager Allison Morimoto.

“Who would like to learn to play a drum set right now?” Wish queried the class.

He continued the lesson with students standing up and tapping beats of the snare, kick, and hi-hat on their chairs.

Music and the arts provide some of the most important tools to become critical problem solvers, Wish shared.

“Music education is important because it puts people in touch with their creative sides and I can’t think of anything more important to the future of the world than children’s creativity!”

The former educator has traveled the country for over two decades partnering with public school districts to train teachers to run the innovative Little Kids Rock Modern Band curriculum.

Wish says “I believe music is like a magic powder - whatever you put it on suddenly gets better!”