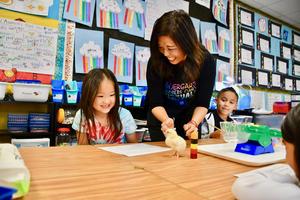 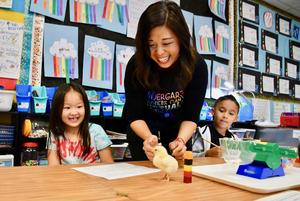 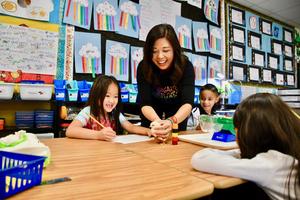 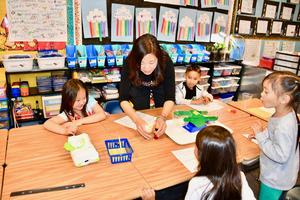 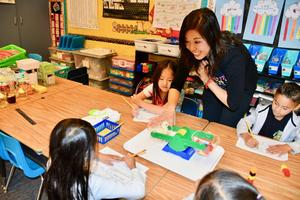 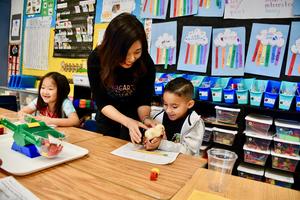 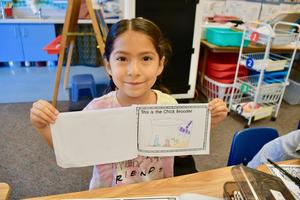 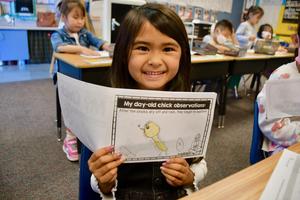 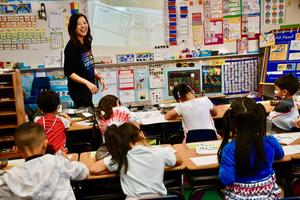 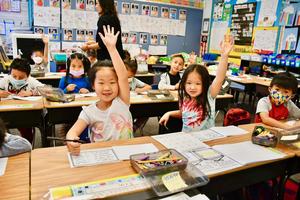 The life-cycle project began March 8 by placing fertilized eggs in an incubator and then counting down until their arrival.

During the three hatching days, the teacher kept her Zoom camera on the entire time so that students and their families could watch at home.

“It was an amazing experience!” Chang added.

The first black and white chick pecked his way out of the shell on March 28 and the class decided to name him Bob.

“That’s a good name – you guys are smart!” the schools chief commented to the unaware children.

For the past week, the youngsters have been keeping a chick investigation journal, conducting peep marshmallow science experiments, and measuring with cubes, scales, and rulers.

“She’s looking at me!” exclaimed Alais Matheny as the teacher placed a chirping chick named Kelly on the scale to get weighed.

“I think she likes you!” the teacher replied.

When the students take turns holding the fragile chicks, they know to say “cup a chick” as a reminder to gently cradle them in their hands.

“Throughout this experience, the children have been so motivated to learn and show kindness and respect,” Chang said.

On Tuesday, April 5, the class wrote their final journal entries as the chicks would be 'flying the coop'  to live on a farm that afternoon.

“We will miss you chickies, it was fun having you in our class!” they exclaimed.