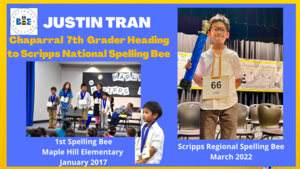 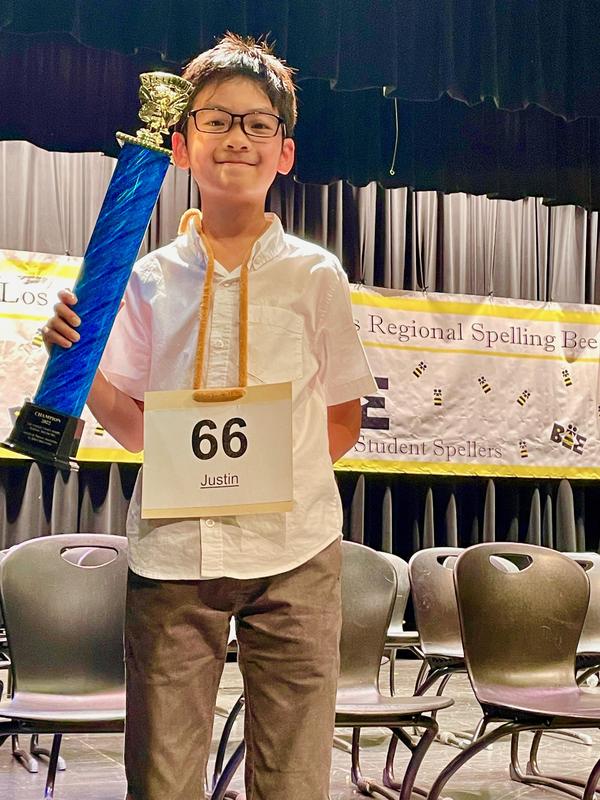 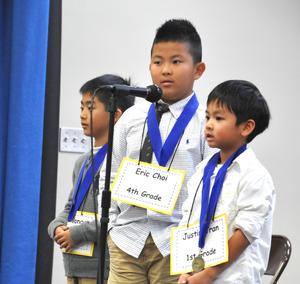 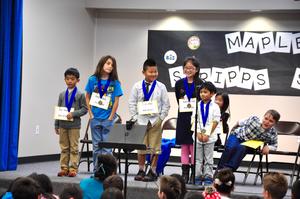 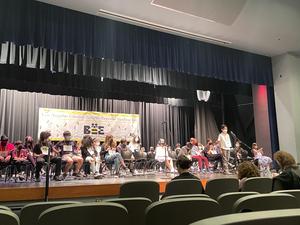 DIAMOND BAR, CA--As a seven-year-old, Justin Tran found that he had a natural talent for spelling.

He routinely aced his first-grade spelling tests at Maple Hill Elementary and even won a spot in the school-wide bee on January 13, 2017.

Justin was the youngest to compete that day among the best wordsmiths on campus.

And even though he didn’t take home the top prize, he wasn’t done with his spelling adventures.

Justin earned the school’s 2022 Spelling Bee Champion title on February 16 competing alongside the school’s previous champion who happens to be his eighth-grade sister, Alexis.

He then went on to compete among 77 other school finalists in the Los Angeles County Scripps Regional Spelling Bee held March 13 at East Valley High School in North Hollywood.

This was the first in-person regional spelling bee since the onset of the pandemic.

And after six long hours of competing, Justin was crowned the champion!

He will represent the Los Angeles Spelling Bee Collaborative at the Scripps National Spelling Bee on June 2 in Washington, D.C.

Justin has taken his quest to be a vocabulary master to the next level spending much of his free time tackling the 4,000 Words of the Champions study guide.

“In the spelling bee, there are no losers,” says Justin.

“Even if the trophy slips out of your grasp, you've gained valuable knowledge to last you a lifetime!”

Best Student Speller! Justin Tran who competed in his first Maple Hill spelling bee in 2017 has been named the 2022 LA County Scripps Regional Spelling Bee Champion. He will compete in the Scripps National Spelling Bee in Washington DC in June.