Where Dreams Take Off 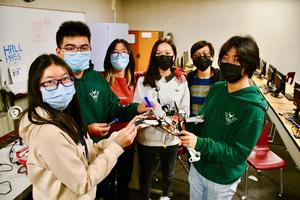 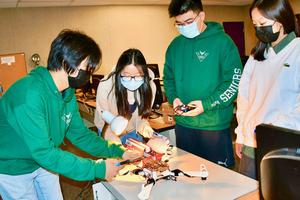 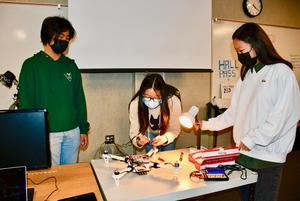 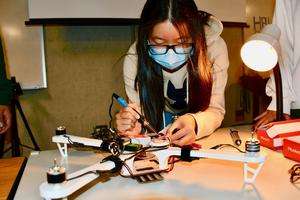 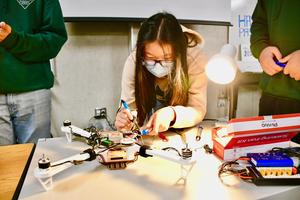 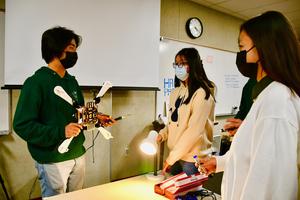 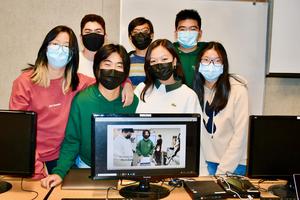 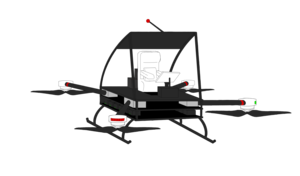 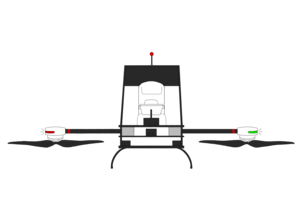 DIAMOND BAR, CA-- Diamond Bar High students with lofty goals are preparing to make history with the launch of a multirotor aircraft capable of lifting a human in the air.

“If everything goes as planned, we may be the first high school group ever to make a manned aircraft in California, maybe in the United States!” said senior Alan Zhang, president of the Dronescape Club.

The student-run non-profit organization is dedicated to bringing the newest aviation technology, related career options, and certifications to classrooms.

The club’s newest project, the Leelyn Drone, will be 100% powered by electricity, capable of autopilot, and small enough to fit into a standard garage.

The dozen members are currently finalizing designs, fundraising, and beginning building on the three-month dream venture set to take off in mid-December.

Zhang, age 17, said that although other high school groups have built fixed-wing planes that have received media attention, he deems the Leelyn Drone is “next level.”

“While they’re replicating technology from 100 years ago, we’re pioneering into a new field that will be increasingly relevant in the future: personal aircrafts, electric vehicles, autopilot transportation, etc.” he said.

Senior Hannah Zhou, the club’s design director responsible for renderings of the supersized 12-foot drone, says it’s gone from having four, to six, to eight propellers.

The spinners create airflow and allow the aircraft to hover, ascend, or affect its yaw, pitch and roll.

Zhou is currently working on the twentieth design revision notes, “it’s all part of the process.”

“They’re trying to figure out the vision of what they want the Leelyn Drone to be and I’m helping them visualize that.”

Zhou said the project is also providing an opportunity to diversify her skills beyond illustration into real-world applications.

“Seeing something I drew come to life is really fulfilling to me!”

“I learned how to use the CAD programs in the PTLW Engineering class last year,” said Shi,16.

“We’ve been so busy, but the best part is being surrounded by some of the most ambitious people I know!”

The Project Leelyn Drone video may be viewed at: https://youtu.be/4jhElIZL7LY.

The Diamond Bar teens are aware that there may doubt in their ability to pull off such an ambitious endeavor.

Mejia even shared that recruiting club members was a challenge when they divulged plans for the latest drone.

“We’re going to prove everyone wrong!” she added.

“And, we’re confident that this project will be executed meticulously and yield promising results,” Zhang said.

In just two months, Dronescape has managed to raise two-thirds of its $25,000 goal with members working after school every Monday, Wednesday, and Friday.

The big question: who will be riding in the drone during the inaugural flight?

With an abundance of caution, the first passenger will be a 150-pound “dummy” of the drone’s namesake, club member Leelyn Shih.

“As much as we want to put somebody in the air, we don’t want to risk anyone’s life for a demonstration,” Zhang said.

Although in the future, with additional funding and support from engineering professionals, Dronescape aims to launch the drone with a human.

“Somebody from our club will definitely be on that pioneering ride!”

Sky High Dreams! On November 1, members of Diamond Bar High’s Dronescape Club work on the prototype of an aircraft capable of lifting a human in the air.

The Dronescape Club has launched a Kickstarter fundraising campaign. View video at: https://youtu.be/4jhElIZL7LY.

In December, the DBHS Dronescape Club plans to launch a drone capable of lifting a human in the air.