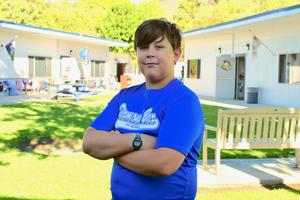 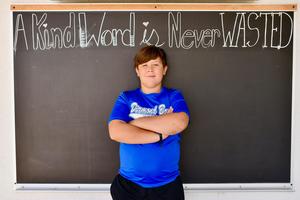 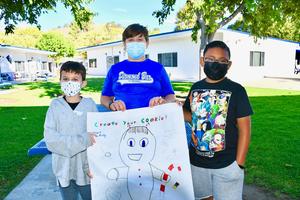 DIAMOND BAR, CA--At just 11-years-old, Ian Jones is determined to make a difference in the world.

The Castle Rock Elementary fifth grader is currently organizing an anti-bullying “Walk In Their Shoes” that kicks off on October 8.

The one-mile walk will be held during lunchtime and is open to all students on campus.

“Not only is Ian a leader among his peers, he has more compassion and empathy than most students his age,” shared teacher Lori Stokes.

“He is an amazing human!”

Last month, Ian said he felt sick to his stomach after learning about the devious licks TikTok challenges and increase in cyber bullying.

He had already written an essay on the bullying topic this year and after talking to his teacher, she challenged him by asking,” What are you going to do about it?”

“I think I have my answer!” he replied.

At first, Ian decided to display anti-bullying posters around campus.

“But, these aren’t going to be eye-catching enough, you need to do an event,” commented fifth grade volunteer Austin Le.

Austin said that people wouldn’t understand unless they “walked a mile in someone else’s shoes,” Ian recalled.

Ian took the “Walk In Their Shoes” idea and ran with it.

“And now, here I am trying to host an event to stop bullying in school!” he said.

"Ian is a kind-hearted leader on the Castle Rock campus,” Eldridge said.

“He wrote an informative, funny script and made sure I rehearsed with him before we read it live!”

The event will also mark Ian’s final day at Castle Rock because the family is moving out of state.

“We wish Ian success at his new school; they are getting a fantastic scholar!" Eldridge added.

The fifth grader is quick to point out that he’s not looking to leave a mark on campus.

“My goal isn’t to be remembered, it’s to stop bullying.”

Ian is definitely taking a step in the right direction.

October’s National Bullying Prevention Month is a reminder that thousands of young people experience bullying at school, home, and through social media and texts.

Resources can be found www.stompoutbullying.org.