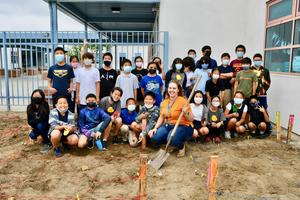 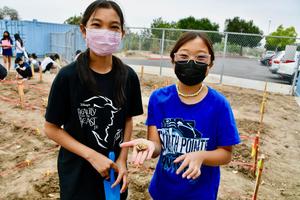 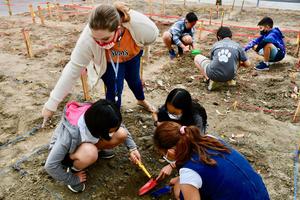 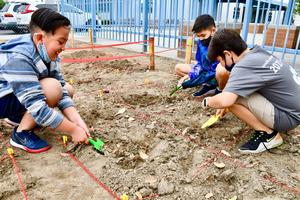 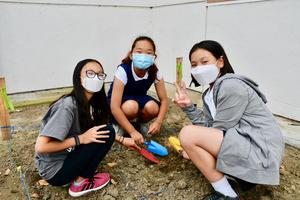 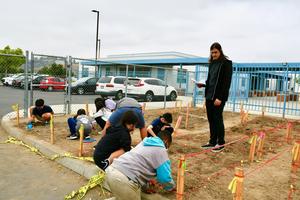 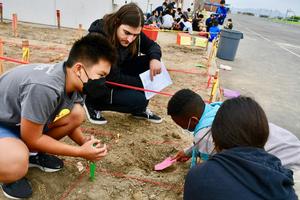 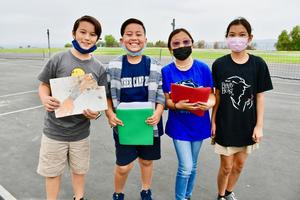 Teams were tasked to create never-before-seen civilizations and select artifacts to be buried in an excavated plot behind classrooms.

“It’s very close to my heart!” the first-year educator said of “The Dig” lesson she took part in as a middle schooler a decade ago.

Waterbury’s former teacher passed down all of the materials to benefit the next generation of learners.

“So, to be able to do this project with my students allowed for everything to come full circle!” Waterbury said.

Prior to the dig days, students learned about the field’s tools and procedures, with firsthand accounts from a National Geographic guest speaker.

The plot of land was excavated by the WVUSD Maintenance Division with supplies donated by Material Culture Consulting.

“The goal is teaching how ancient history comes to be known,” Waterbury said of the archaeological process of recreating lives and cultures of civilizations.

The groups then spent two days sifting up other team’s treasures, uncovering the past, and interpreting the meaning behind each item.

“We found something that looks like a bone, maybe it’s from a human sacrifice,” pondered Kyle Fujihara.

One group successfully plowed up a golden rock and drawing of a chicken during their dig time.

“The rock could be money and the chicken could be food or their pet,” member Brianna Rodriguez predicted.

“Now we have to figure out the society – but it’s harder to dig!”

Students used math skills to plot artifacts on a graph so that teachers knew where to bury the items, Waterbury said of the project conducted with colleague Chris Turner-Gibbs.

“We made up a post-apocalyptic civilization,” explained Parker Lai whose group chose 10 artifacts including face paint, water bottle, manga book, and bottle caps.

In Language Arts classes, students presented research projects and then checked with fellow classmates to see how close the findings were.

“By presenting their data they also learn how history and archaeology are subject to interpretation and sometimes people get it wrong!” Waterbury added.

After the dig session, groups gathered to examine findings before writing reflection assignments.

One group located eight artifacts including a stone tablet with writing and silver wing.

“We also found this squishy thing that looks like a marshmallow!” shared Kenneth Jin, 11.

“It might be clay pottery or something to hold food.”

“Today we found an arm drawing and a coin,” reported Ashley Park, 11, of the revealed bounty.

“And now we make a hypothesis of what these things mean in that culture.”