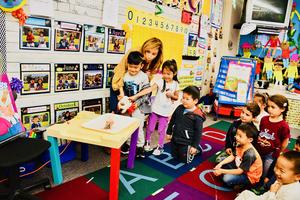 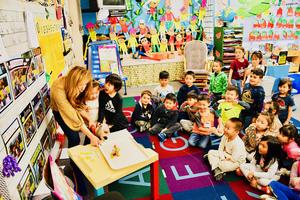 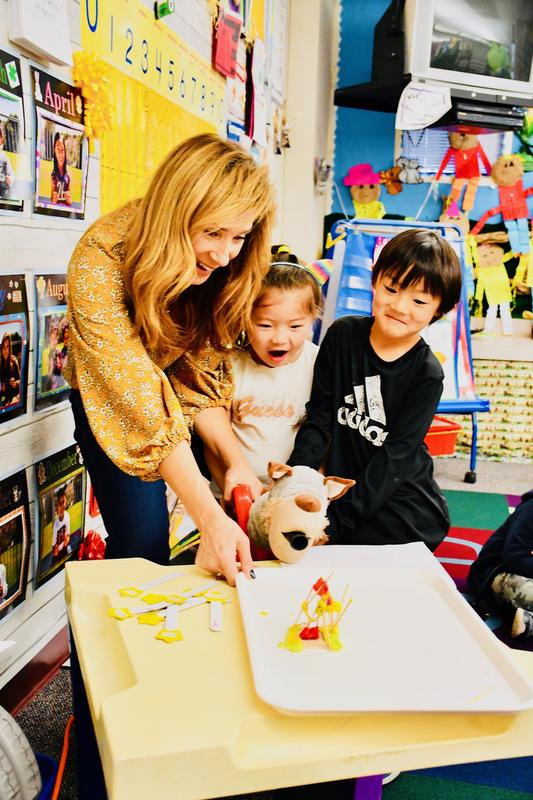 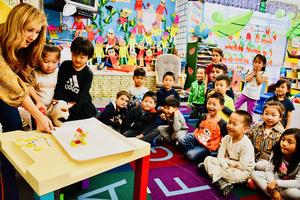 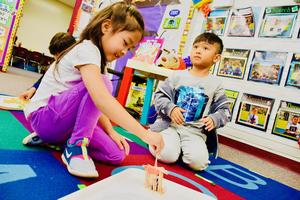 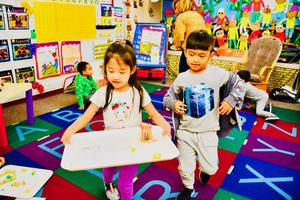 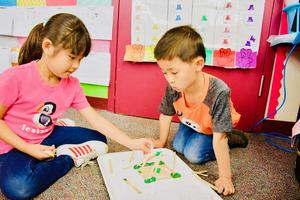 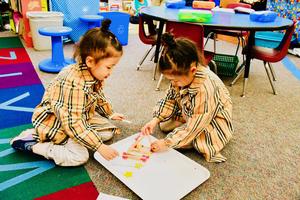 Big Bad Wolf huffed and puffed and tried to blow them down!

“The Structure and Function unit has been getting kids thinking about how things around them are made and what purpose they serve,” according to teacher Roxanne Dennen.

Youngsters were paired up during the Project Lead the Way module to create a design strong enough to withstand the wolf’s mighty “huff and puff and blow your house down.”

During the process, teams communicated, problem-solved, and collaborated while first drafting with pencil and paper and then creating structures to protect a tiny plastic pig.

The lesson culminated when Dennen gathered her charges on the carpet and revealed a furry wolf puppet blower to the students’ squeals of delight.

One by one, she placed their homemade houses on a table and assisted the little engineers with the high-powered machine.

“Ready, set, go!” Dennen announced as the wind whooshed over the structures.

Some of the houses managed to stick together, while others quickly tumbled down.

The children cheered for each other when the designs weathered the storm and giggled when building materials and pigs flew into the air.

“The pig didn’t move, but where’s his house?” Dennen quipped after one trial.

“We used a lot of clay to hold our pieces together!” Justin Chou proudly reported.

“A lot of them said they couldn’t do it, but they learned that working together two brains are better than one!” Dennen said.

After a final review of the “The Three Little Pigs” houses, Dennen asked her class, “what does the pig say?”

“Not by the hair on my chinny chin chin!” the group replied.

A previous Structure and Function lesson tasked students with designing the tallest beanstalk using pipe cleaners after reading “Jack in the Beanstalk”.

The following day they learned that its function was to actually hold a plastic egg.

“They all said they couldn’t do it,” Dennen recalled.

But when given time to work the problem, the children figured out that their structures just needed stronger bases.

“The smiles and excitement on their faces were priceless!” she added.

“These science lessons are hands on and really teach them that they can do anything with a little creativity and a lot of patience!”